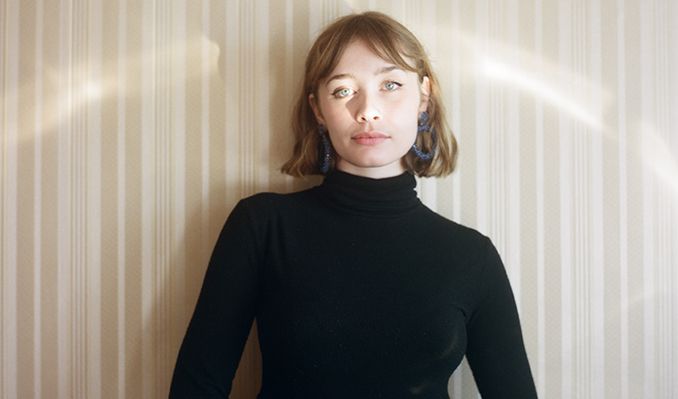 Due to the ongoing fight against COVID-19 in Los Angeles County, guests at The Roxy Theatre will be required to wear a face covering that covers both the nose and mouth at all times regardless of vaccination status except when actively eating or drinking. Gaiters, bandanas, and coverings with exhalation vents are prohibited: a face shield still requires a face covering. Guests unable to wear proper face coverings will not be admitted into the venue.

Please note that events will be presented in accordance with applicable public health conditions as of the date of such event and which may change at any time as determined by federal, state or local government agencies or instrumentalities, artists or the promoter; such requirements may include, without limitation, changes to capacity, attendance procedures and entry requirements, such as proof of vaccination and/or a negative test, and other protective measures.

For the most up to date information, please visit www.goldenvoice.com. Thank you.

With a voice that channels the ghosts of smoky fifties jazz haunts, lucid and literary lyricism worthy of J.D. Salinger, and wondrous youth-in-revolt abandon, Alexandra Savior will tell you she makes, "Sassy impolite spaghetti western music."

That's certainly an apropos hint of what's to come from her in 2016. The twists and turns that led to her proper introduction prove just as intriguing as the music itself does.

The journey starts outside of Portland, OR in Vancouver, WA. Alexandra's mother was diagnosed with cervical cancer during pregnancy, but mom and daughter miraculously survived. "Apparently, my baby body blocked the cancer," she says. "That's why my father named me Savior."

Escaping from high school bullying, she collected vinyl by The Velvet Underground & Nico, Nina Simone, Billie Holliday, and more, quietly honing her voice along the way. Upon graduating, she found herself across the pond writing music in England. Some of those early demos made their way into the hands of Columbia Records who offered the budding songstress a deal. Inspired by his work on the Submarine Soundtrack, she wanted to play her tunes for Alex Turner of Arctic Monkeys. Ten minutes into their first meeting, the duo began writing and fashioning an inimitable sound.

That sound lightly reared its head into pop culture throughout 2015 as her song "Risk" figured prominently in HBO's True Detective, while the likes of NME extolled her debut performances in New York and Los Angeles, clamoring to hear and know more. Alexandra decided to let the music do the talking, envisioning characters who mirrored the wonderfully vapid Los Angeles landscape around her as she recorded in the "haunted" VOX Studios.

"I stay a bit stoic with my personal emotions," she admits. "I portrayed things I was going through, but I didn't say them out loud. When I first moved to L.A., I was observing a world I'd only heard about -- but it was true. I felt like I had to figure out who I was in a year, and I wrote about that struggle. I created a fantasy."

"Shades" introduces her with a shaky tambourine, rustling guitar hum, buzzing synths, and her croon, "I kinda wish that it was New Year's Day on a vacant street. I cast a long ass shadow when you're looking for your shade."

"It's about knowing you're doing something you're not supposed to be and reveling in it," she smiles.

This enigmatic world remains informed by influences as diverse as seventies horror -- Don't Look Now and The Brood are personal favs -- artists like Karen Dalton, Sharon Von Etten, Adriana Younge, and Les Baxter, and her vivid dreams. Her space encompasses visual arts as she directs music videos and constantly paints and draws.

For Alexandra Savior, it all boils down to one pervasive theme that people can take away. "Vengeance," she exclaims. "There's a lot of sadness and love in my music. There's also a big Fuck You in there too."
Read More

Official Website
*Service and handling fees are added to the price of each ticket.
Limited Availability