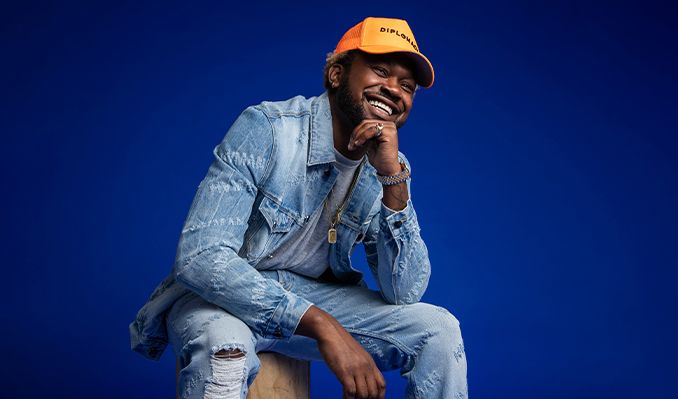 There are currently no COVID-19 mandates applicable to the show.  Given the changing nature of the virus and local mandates, our COVID-19 protocols are subject to change  Please visit our website for more information.

Global entertainer Kranium is taking Dancehall music and his unique sound worldwide by delivering a simmering sonic cocktail of Reggae, R&B, Hip-Hop, and Soul. His music was streamed nearly half-a-billion times by 2019, and his talent praised by Hypebeast, The Fader, and Complex – with claims that “If there's anything Kranium seems to get right each time, it's the formula for making another hit." The burgeoning star has been sought out for collaborations by a variety of musicians ranging from Ed Sheeran [Shape of You Remix] and Bebe Rexha [“Comfortable”] to Lil Kim [“Nasty Ones Remix] and Rotimi [‘Want More”].  The Jamaican born singer-songwriter sets the truth straight and speaks freely about love, life, sex, and other themes that intoxicate fans the world over when he has a microphone in hand. As a successful touring artist, Kranium has managed to bring the Dancehall culture to stages where some artists have never been - territories ranging from the Caribbean to the Middle East to the South Pacific.
My lyrics are 100 percent from my personal experiences. I wish more people just said how they felt. I’ll be saying the craziest most sexual things, because it’s who I am. It’s my gift. It’s what I need to be doing. I’m way more open. I’m way more experienced. I’m way more comfortable and confident than before. I’m living my life. I’m just a blunt person who speaks his mind. - Kranium
Kranium developed his signature candor as a child, and growing up was scolded for listening to classics by Beenie Man, Bounty Killer, and even his uncle, reggae icon Screwdriver. Raised in a Christian based household surrounded by gospel, he developed an intense passion for music that crept over into other genres, including dancehall. At 15-years-old, he relocated to Miami, FL, before eventually settling in Queens, NY, and six years later, the musical mastermind kicked off his independent career, attracting a growing fan base with the 2015 hit (RIAA certified GOLD) “Nobody Has To Know” [feat. Ty Dolla $ign]. It transformed into a staple for him, racking up more than 119 million total plays and attracting world renowned electronic music duo Major Lazer on the remix. As life-changing as it would be, it drafted what he describes as “a blueprint” for his next set of moves.
Kranium’s first EP “Rumors” established a foothold for him in the United States – the project has achieved over 307 MILLION streams to date and is still being referred to as one of the most solid Dancehall projects of its time. “We Can” [feat. Tory Lanez] popped off to the tune of 36 MILLION hits and allowed for Kranium to embark on his 1st ever 40+ city national tour alongside Tory Lanez. He expanded his profile with the 2017 smash “Can’t Believe,” [feat. Ty Dolla $ign & WizKid]. This single helped to establish Kranium’s foothold in countries near and wide, especially across the continent of Africa and eventually put up 30 million Spotify streams and a massive 70 MILLION+ total video views and counting. The single was also mentioned amongst the 1st singles that had an impact on this new interweaving of & stylish fusion of Dancehall and Afrobeats [Rolling Stone]. A feat that only a few artists can claim.
In 2019, the Dancehall star held performances at the likes of Essence Festival, One Africa Music Fest, headlined “The Hotel Tour, Mr. Eazi’s Detty Rave, and Afrochella.” His debut album, “Midnight Sparks”, is a 12 track masterpiece rooted with Afrobeats/Afrowave, R&B, and Dancehall. It’s an album rooted with Afrobeats/Afrowave and Dancehall down into its soul but curated to touch all genres of music. It has running musical themes throughout which hint at something else. Instead of forcing into other genres, the project is a perfect blend of different tidbits of each genre, creating a sonically pleasing project. Singles such as “Hotel” feat. Ty Dolla $ign and Burna Boy, “My Way,” “In Charge,” “Just The Style ft. Alkaline,” and “Proud” ft. Mahalia showcase the immaculate and articulated array of ingenious musical creativity on the 12 track masterpiece and further propels Kranium in another stratosphere of superstardom.  In 2020, watch for him to reach incredible heights of music and other ventures.
Read More

TwitterOfficial WebsiteMore InfoFacebook
*Service and handling fees are added to the price of each ticket.
Postponed