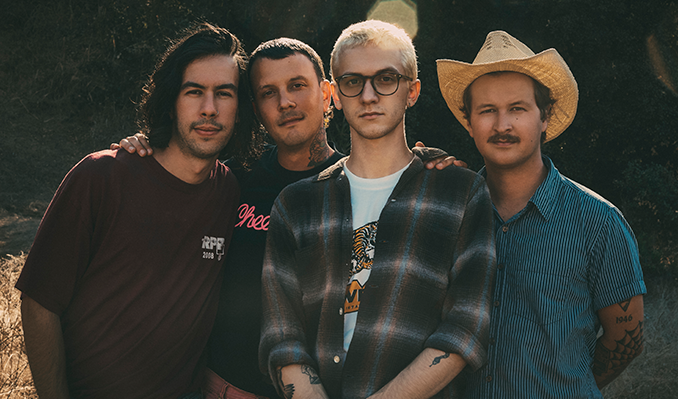 A couple of months after graduating from high school, Mikey Carnevale (vocals/guitar) and Richard Dotson (bass) got together as The Frights to play a one off 30 minute set. The feeling they got from the crowd in their hometown of San Diego inspired them to become a "real" band almost in spite of themselves. Along the way, they recruited Marc Finn (drums) and released You Are Going To Hate This in February 2016. Jordan Clark (guitar) added to the band's musical prowess in the ensuing year of touring around North America. The fearsome foursome then teamed up with Epitaph Records for the August 2018 release of Hypochondriac. 2019 saw the release of Live At The Observatory the same day the band made their Coachella debut. Everything Seems Like Yesterday was released on January 24, 2020 and marks another progression of the band’s sound. This will be a year filled with drinks, laughs, tears, miles in the van and on a plane and plenty of hours on the stage for The Frights.

FacebookTwitterOfficial WebsiteMore Info
*Service and handling fees are added to the price of each ticket.
Buy Tickets