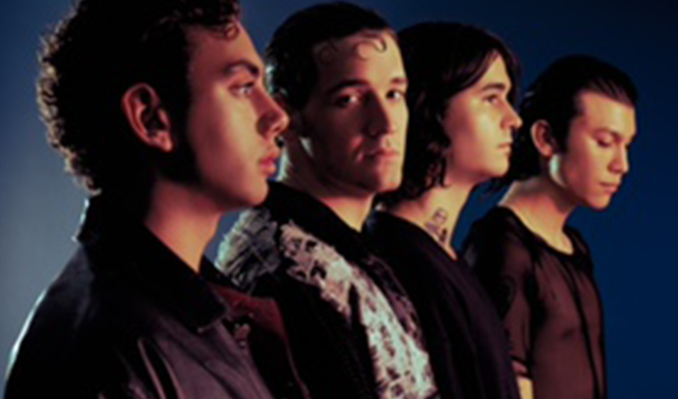 Quarters of Change is the Lower-East-Side quartet leading the charge on New York City’s rock resurgence. Composed of Ben Acker, Attila Anrather, Jasper Harris, and Ben Roter, the band has made waves online (and on the road) with their authentic brand of alternative rock.

After receiving co-signs from stars like Joe Jonas, Lewis Capaldi, and Fred Durst - the band made their major label debut in July of 2022, and tapped Mikey Freedom Hart (Bleachers) and Tom Lord-Alge (U2, The Rolling Stones, Blink 182) for finishing touches on what was otherwise a self-produced project.

Quarters of Change then embarked on a full North American tour supporting Bad Suns (Epitaph Records), stopping at radio stations and gracing playlist covers along the way, and now prepares for their biggest year yet. Listen to Into The Rift (Deluxe) out now on Elektra Records (Warner Music Group).

More InfoTwitterOfficial Website
*Service and handling fees are added to the price of each ticket.
Buy Tickets